Games that will drive you crazy. Literally.

klickER is a playroom for adults and those who feel mature enough to be locked in a room from which they try to find a way out in a limited time for no special reason other than to have fun.

klickER games are games of escaping from the room - escape room, created in the desire of wise people to move the video game of the same name to the real world. And that reality roughly ends and the imagination begins in which you will be trapped until you find directions, solve puzzles, solve a mystery and escape back to the real world. There will be a bit of panic as the clock strikes, it may take a little help from the game manager and there will probably be a lot of laughter. Soon after leaving, you will realize that you have completed a very serious task, that for a long time neither you nor your company have looked at each other, listened, noticed, thought, that you have rarely been so fast, creative, organized. That you were rarely like that - real.

And you have hung out with your real friends - not with ones with whom you are most in contact through social media. And you were really locked. And you really managed to get out. And you would even if you have really been alienated, if the real witch locked you on the last floor of her infinitely high castle, or if you had to save the world from the virus that transforms human species into zombies. Because you used the most powerful thing you have - your brain.

The Escape Room is also a game for children - for the children of those adults who play with their kids and who teach their children in the atmosphere of solving the problems, not memorizing someone's previously established solutions.

If you find yourself among those who could save humanity from artificial intelligence and want to have really good fun, turn off the TV and computer, call friends, go out, leave the phone for a while, dive into the world of the unreal and solve real tasks. Use your brain to watch, listen, touch, solve puzzles, complete missions. Use your brain to enjoy with friends, to have fun, to get to know each other even better, to have a new topic to retell, to add a new beautiful memory to your brain’s memory. Because the brain loves memories and has a lot of memory. Far more than your social media accounts.

The capacity of a human brain is about quadrilion, which is enough memory to fit the entire Web. The average brain produces 50 thousands of thoughts per day, and its working memory can handle more than a thousand processes per second. The brain has 100 billion neurons, each of them can transmit 1.000 nerve impulses per second and achieve tens of thousands of concurrent contacts with other neurons. Information in the human brain travels at a speed of 430km / h, which is faster than Formula 1.

Since the 19th century, humanity has "managed" to lower the average IQ by 13. The human brain is still at least 30 times stronger than the strongest supercomputers ever made. We still have a chance. It uses the brain. Use klickERe. 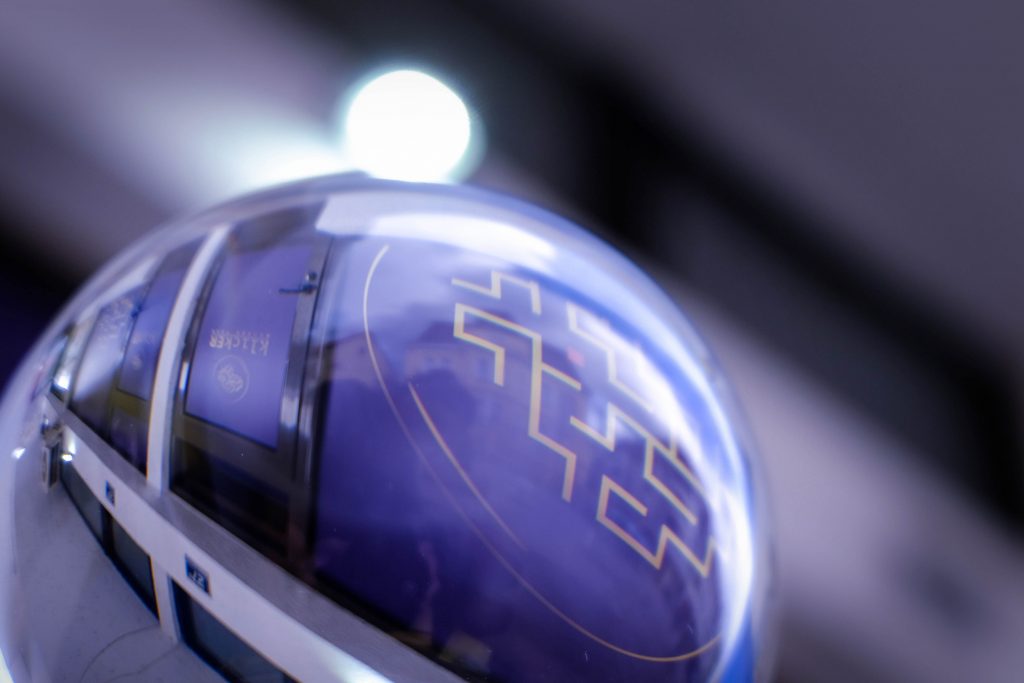 ...write us.
Previous
Next

The rules are simple.

Everything else is not.

You are locked in a room.

Find a way to accomplish your mission and escape.

Before you run out of time.

Use all the senses.

Everything you need is in the room. And in you. Watch, listen, touch. You will be able to smell something, sometimes even taste it.

Identify connections and relationships between clues, guidelines, objects. Notice the logical regularities of the obvious illogicalities.

Discover well-kept secrets and find solutions, passwords and codes that will unlock your padlocks, locks and the way forward.

It is not only the exit to freedom that is locked. There are also lockers, chests, suitcases ... But don't forget: not everything that is closed is locked.

... and free yourself. But don't forget that in every klickER game you are entrusted with a demanding mission and that you are seriously counted on. 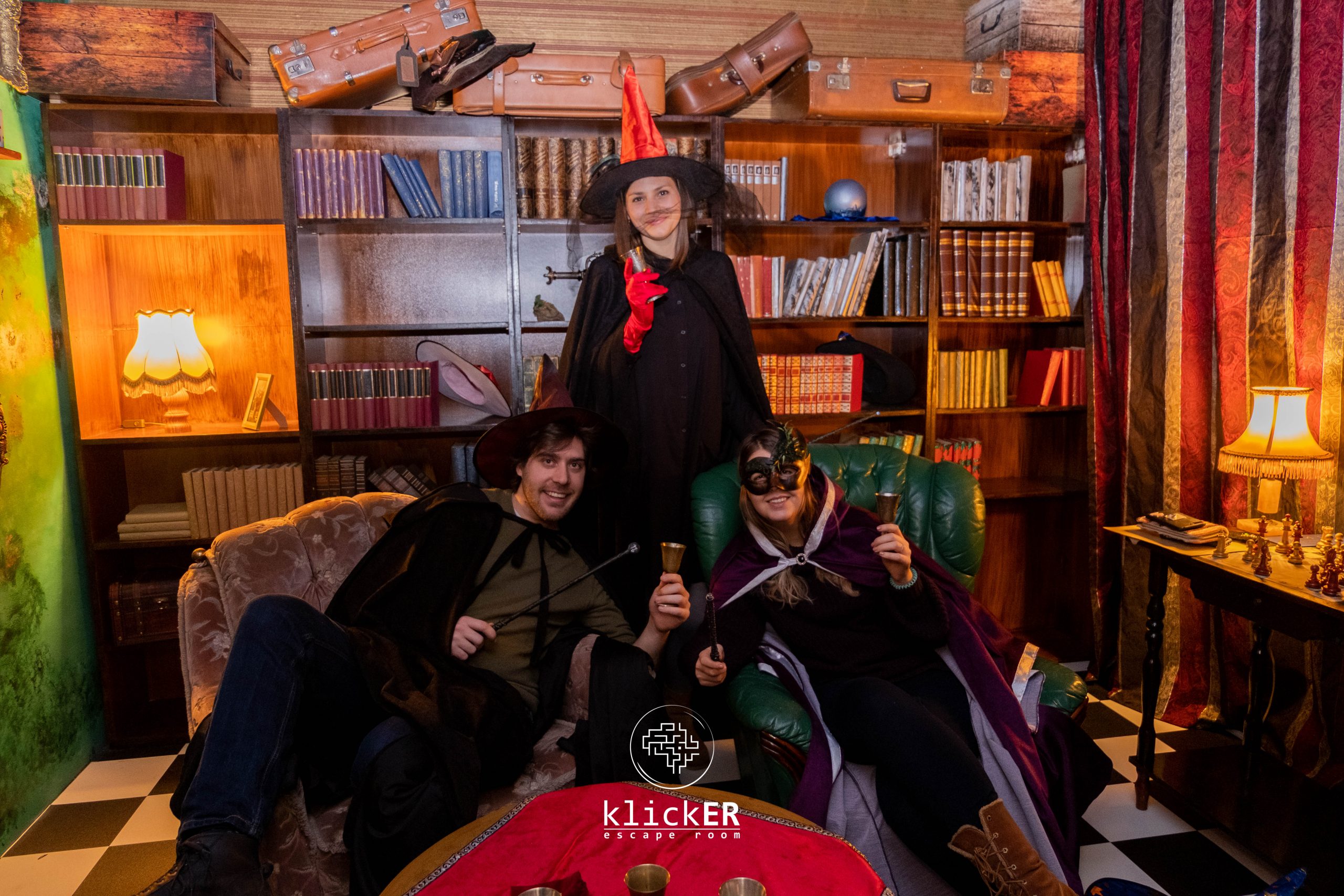 Thomas
★★★★★
@ thomasgM3825MX
Read More
... We did the magic-themed room and were blown away by the level of immersion and the incredible world we found ourselves in, filled to the brim with puzzles and secrets. We spent an hour and a half casting various spells and truly felt like we were doing magic by the end ... 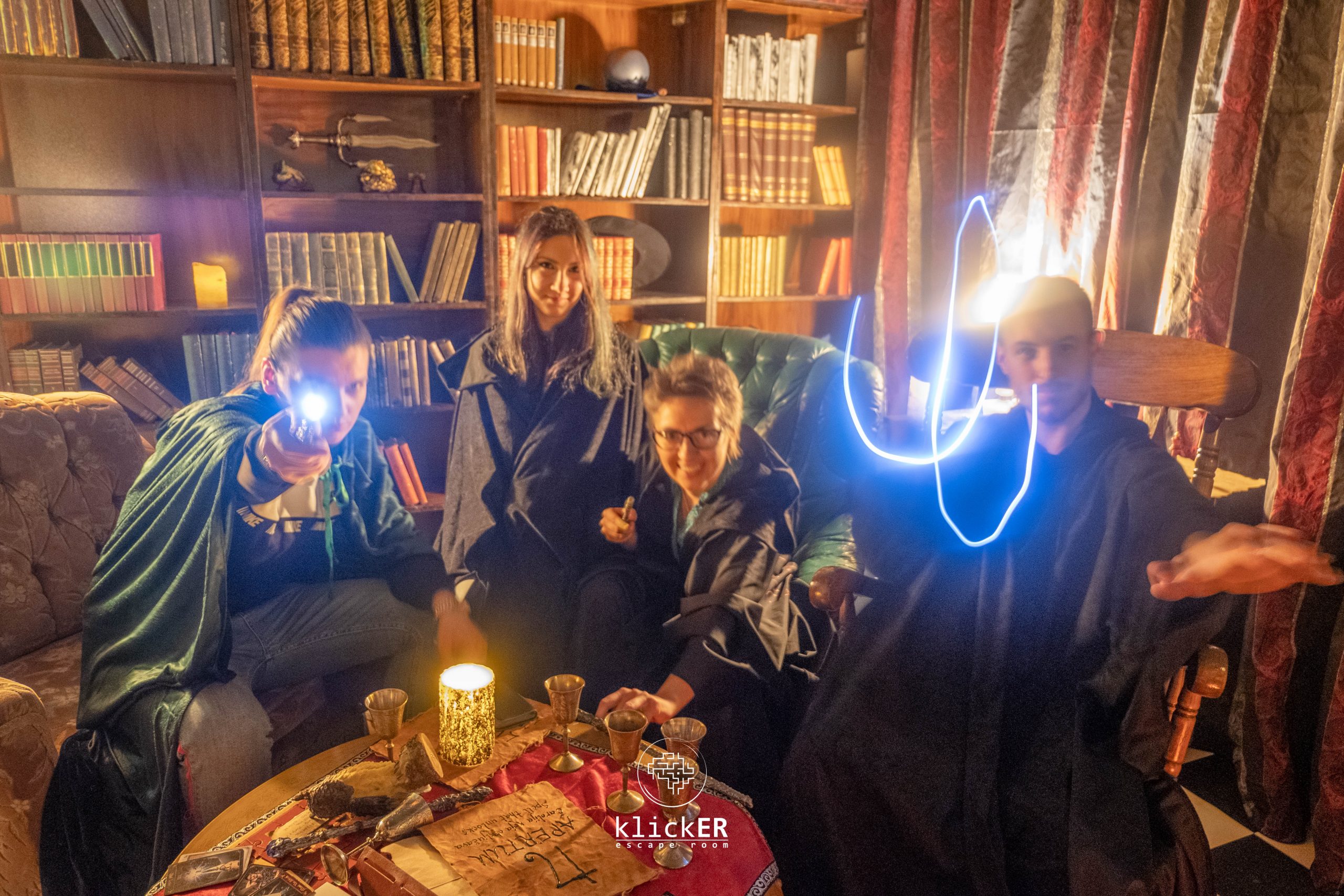 Vedran
★★★★★
@Kraja_fun
Read More
If you are one of those who really like to challenge yourself and your brain, then this is the place to visit. Even if you have already visited other escape rooms, you will see that this is something different. Soon enough you will notice, that this one is right out of a movie (not one with a low budget). 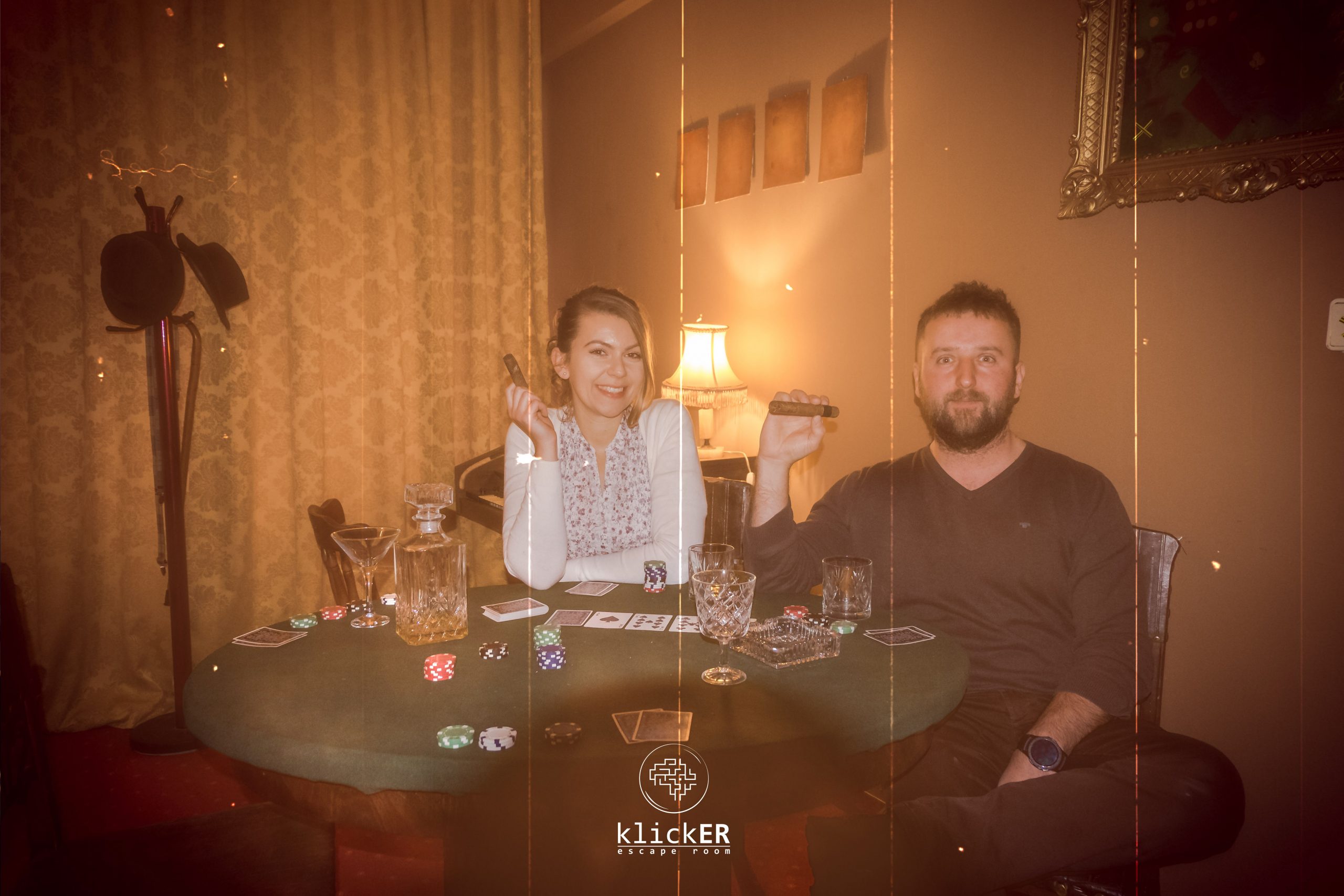 Ivan
★★★★★
@ ivan_E6383XE
Read More
Nice room (Poker, they'll soon have another one), a lot of challenges in room with some original things unique to this place. Very nice crew behind it! 🙂 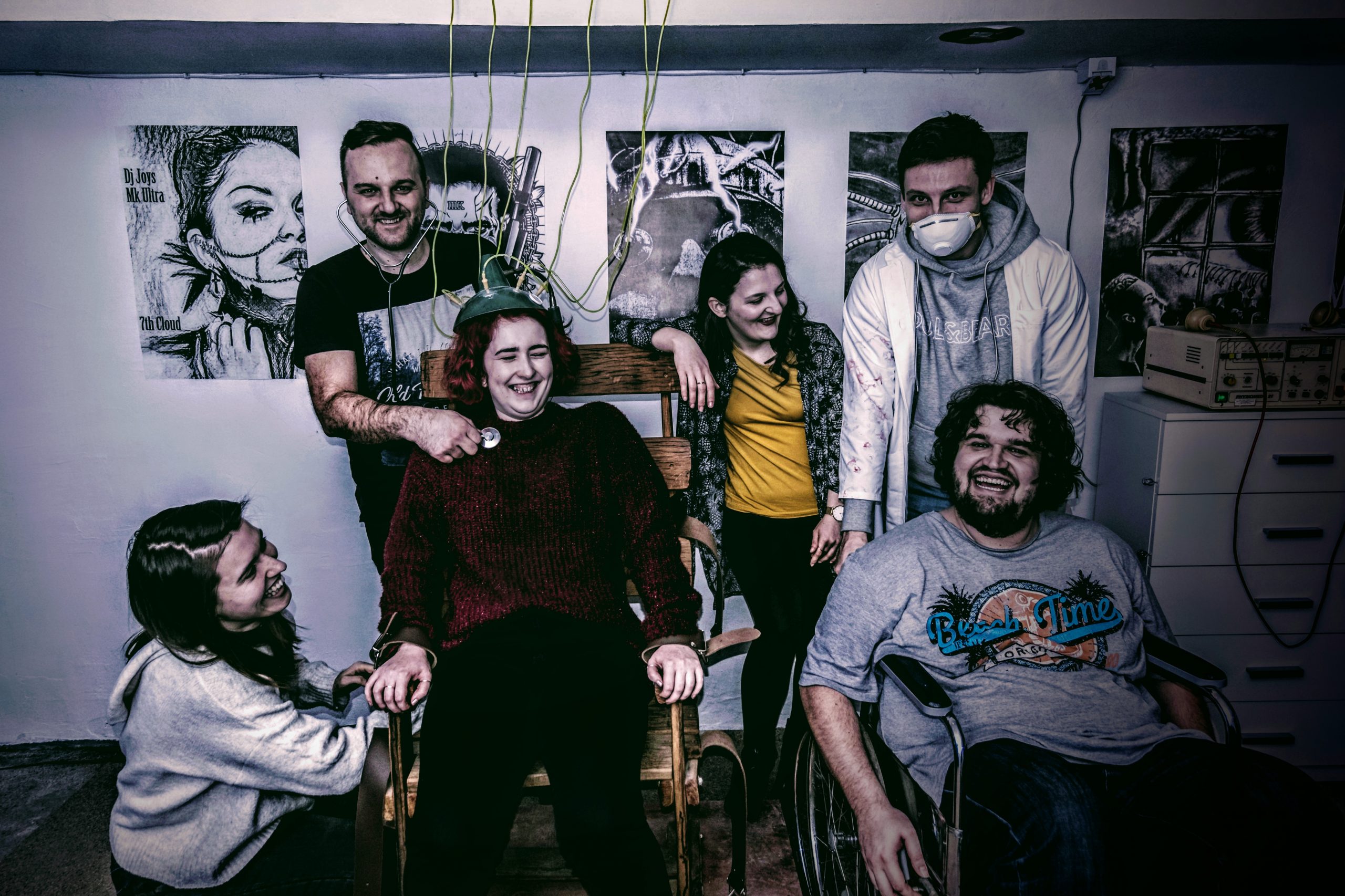 Jan
★★★★★
@JanMisteryGuest
Read More
We visited a few escape rooms before and this one is one of the most challenging ones. It has a lot of elements and a lot of tasks. Also really helpful and friendly stuff! Go and try it out!
Previous
Next

write to us for other questions ...

What is an escape room?

Escape room is a real-world game in which players have to discover directions, solve puzzles and find a way out of the limited space in which they are confined.

Are we locked in a room?

Yes. And in every game there are two ways to get out: one is to finish the game and find a way to get out of the room; the other is for the game manager to open the door for you the moment you say you are giving up or when your allotted time is up.

Can I leave the room during the game?

Of course, at any time. But once you get out, you can’t go back to the same game.

How long does the whole experience last?

klickER games last from 66 to 222 minutes (duration depends on the game you choose). In addition, you should arrive 20 minutes before the game to explain the rules and to prepare for the game. Also, count on losing at least 10 minutes after the game while we take photos and collect impressions.

Do I need to bring anything to the game?

Brain. You certainly can't bring anything into the rooms except yourself.

What should I wear?

You can also play fully groomed for going out, as our games are not particularly physically demanding. The best recommendation though is comfortable shoes and clothes. Costumes in keeping with the theme are absolutely welcome. 😉

What if we can't solve the puzzle?

You will remain locked forever. 🙂 We're kidding. The game leader can help you solve some puzzles, if you wish.

It's safe. There is nothing in our rooms that could hurt you if you use the rooms and everything in them in accordance with common sense and clear instructions. Also, the game manager sees and hears you all the time, and can react in a second if anything unforeseen happens (for example, aliens actually appear or similar).

What language are the games in?

All klickER games are in Serbian and English.

Will there be other people next to us in the room?

Not. All regular dates in klickER games are closed - you only play with the team you came with.

Is there an age limit?

klickER games are designed and made for adults. However, children also play them. Kids older than 13 can play independently, while with the younger one there must be someone older in the room. Players under the age of 18 can only play if their parents / guardians have signed a game consent.

Can one game be played more than once?

Can. But it's not interesting. We will always advise you not to repeat the game, but if you insist, we will play again.

Do we need to book an appointment?